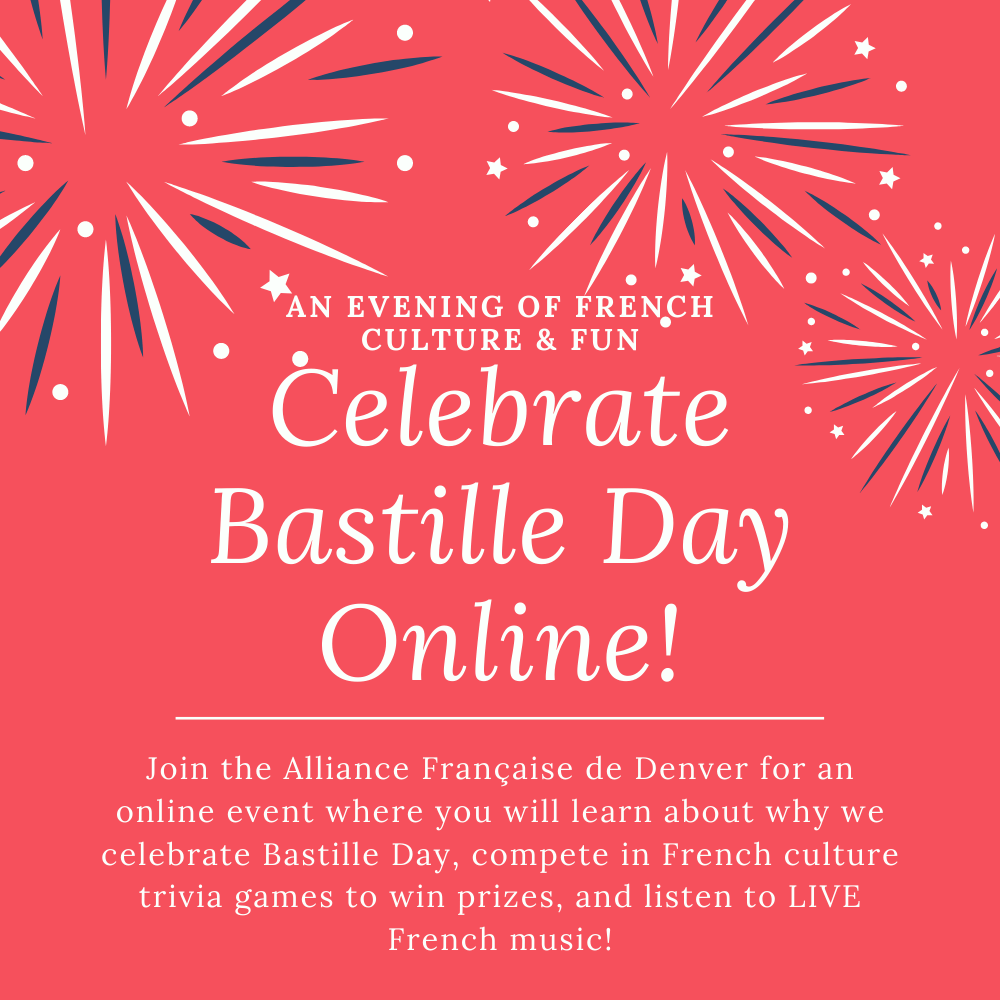 Join us for a fun evening of HISTORY, TRIVIA and CONCERTS!!

BE SURE TO HAVE DOWNLOADED THE FREE MENTIMETER APP ON YOUR PHONE BEFORE THE EVENT TO PARTICIPATE IN THE TRIVIA GAMES!

We have great prizes for you to win:
1st prize: BIG French goodies basket

Must be able to pick up prize at the Alliance Française de Denver, 571 Galapago St, Denver CO 80204.

We will send you the zoom link by email before the event. Be sure to sign up on our website! 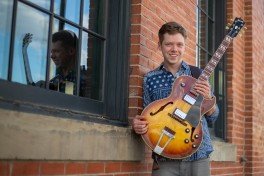 Alex Heffron
Alex Heffron is a jazz guitarist located in Denver, CO.  Alex received his BM in Jazz Guitar at the University of Colorado Boulder. He is a member of multiple bands around the area and has performed with many of the local legends. He has also performed with Kenwood Dennard, John Reily, Matt Wilson, Melvin Butler, Corey Christiansen, John Von Ohlen, Marvin Stamm, Cody Moffet, Howard Levy, Donald Harrison, Chuck Lamb, Dave Roitstein, Brad Goode, and many others.  He has been playing guitar since he was 9 years old and studied with the best in Denver and around the world. He is now composing his own music and leading his own band which has been gaining momentum around the Denver and Boulder area. Alex was also selected as one of 89.3 KUVO's 30 musicians under 30 initiative, which highlighted young and upcoming musicians around the Denver area. He was also KUVO's artist of the month, for December 2019. Alex continues to learn and study from the incredible tradition of jazz and classical music while trying to refine his own voice in jazz guitar. 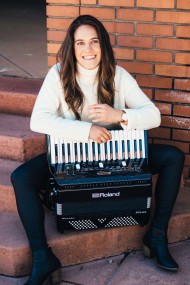 Alicia Jo Straka
Alicia Jo Straka (previously Baker) is a professional accordionist, singer, pianist, and composer from Portland, OR, currently residing in Denver, CO. Alicia earned 3 bachelor of arts degrees from Oregon State University; piano performance, vocal performance, and choral music education, in addition to a Master of Music degree in Vocal Performance and Pedagogy from University of Colorado Boulder - all of which were funded by full-ride scholarships. Throughout her career, Alicia has won multiple International accordion competitions, worked as an artist for the prestigious Roland Corporation, sung leading operatic roles, and has performed at many notable venues including Carnegie Weill Hall and the Sibelius Academy in Helsinki.  Versatility has always been a point of pride for Alicia, which is highlighted through her diverse repertoire; jazz, parisienne, pop, funk, opera, polka, and techno to name a few. Alicia currently spends her time teaching private students, performing, composing, and arranging. You can visit her website for recordings and more information: www.aliciajostraka.com. 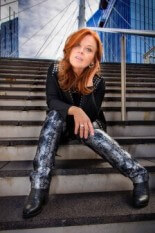 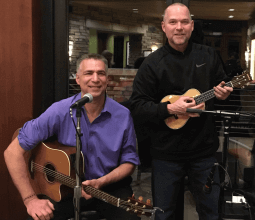 “Danlerockeur” grew up in New York and San Francisco as an avid Rolling Stones fan, after which he moved to Colorado and studied music at CU Denver. Dan has graced many stages around Colorado and beyond, in various bands and duos, also as a solo performer. He has also toured Europe playing for American military personnel. At home (when not running scales for a few minutes a month :-) Dan likes to play, sing, and record rock, folk, blues, and reggae tunes, both covers and originals. His soulful, melodic guitar style and powerful emotive vocals never fail to move audiences and put smiles on their faces. 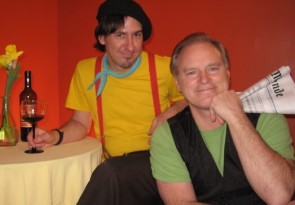 Charles Tichenor & Dadou
Charles Tichenor and Ron Romanovsky, aka Dadou, are big fans of French music, especially French popular songs. In collaboration, they have produced a number of cabaret shows in Santa Fe mimicking and emulating the glory days of French cabaret.  They are not French, of course, but they certainly enjoy pretending that they are. Together they combine the piano, accordion, and vocals to create a fond reminiscence of an epoch of music and gaiety that perhaps disappeared all too soon. 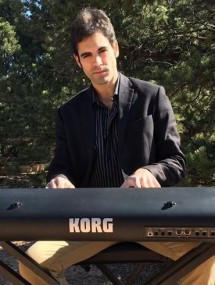 Jesse Lazcano
Jesse (Jesus) Lazcano is a proficient keyboardist/pianist born in Miami with a Cuban background. His strong musical ability of  'perfect pitch' enables him to play virtually anything by ear. Along with his formal training at Interlochen & UNF,  his steadfast experience in classical, jazz, and contemporary idioms have gained him work with renowned heads such as Nestor Torres, Ira Sullivan, and Chloe Dolandis. He currently operates as a full time musician, teacher, producer, and accompanist here in the 'City Different'.

Sorry, you've missed the RSVP deadline for this event.