Join us on October 14 at 6:00 pm for an evening of culture by attending a conference led by Joseph Gal, PhD. Professor at the University of Colorado about Alfred Dreyfus.

In 1894, in France, Captain Alfred Dreyfus, a young man of Alsatian origin and of Jewish faith, is accused of having delivered military secrets to the Embassy of the German Empire in Paris. Initially, a simple case of espionage that will lead to a major political and social conflict of the late 19th century.

Professor Joseph Gal is passionate about Alfred Dreyfus' story, and will tell us all about the historical events that occurred in France, and the impact on our modern cultures.  The Case has gained new importance today, due to the recent resurgence of racism and anti-Semitism in many countries around the world. The conference will be held in English, and followed by a discussion. 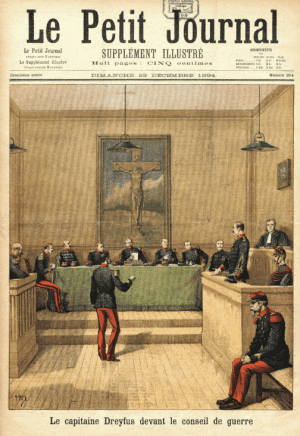 Remember to login to your account in order to benefit from member prices!