The European Book Club at the Alliance Française de Denver meets on the last Tuesday of each month to discuss books by a diverse list of European authors. Each month the group will read a work by a different European author that has been translated into English. This group is led by dedicated member and volunteer, Nan Campbell. 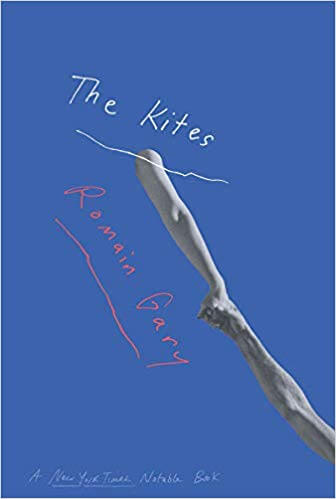 The Kites begins with a young boy, Ludo, coming of age on a small farm in Normandy under the care of his eccentric kite-making Uncle Ambrose. Ludo’s life changes the day he meets Lila, a girl from the aristocratic Polish family that owns the estate next door. In a single glance, Ludo falls in love forever; Lila, on the other hand, disappears back into the woods. And so begins Ludo’s adventure of longing, passion, and love for the elusive Lila, who begins to reciprocate his feelings just as Europe descends into World War II. After Germany invades Poland, Lila and her family go missing, and Ludo’s devotion to saving her from the Nazis becomes a journey to save his love, his loved ones, his country, and ultimately himself.

Filled with unforgettable characters who fling all they have into the fight to keep their hopes―and themselves―alive, The Kites is Romain Gary’s poetic call for resistance in whatever form it takes. A war hero himself, Gary embraced and fought for humanity in all its nuanced complexities, in the belief that a hero might be anyone who has the courage to love and hope.

Romain Gary, born Roman Kacew, was a French novelist, diplomat, film director, and World War II aviator of Jewish origin. He is the only author to have won the Prix Goncourt under two names.


WHAT OUR MEMBERS ARE SAYING