Join us for an evening of culture by attending a conference led by Joseph Gal, PhD. Professor at the University of Colorado about a very different aspect of Louis Pasteur. 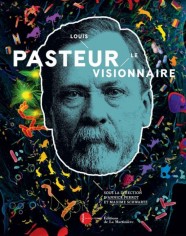 Pasteur (1822-1895) is widely admired around the world for his life-saving discoveries in microbiology and infectious diseases. Less-well known is that he was trained as a chemist and not as a biologist and made important discoveries in chemistry before he switched to biology. Moreover, it is also little known that he was a highly talented artist who wanted a career in the arts. As a teenager, he produced many fine images, in pencil, charcoal, pastel, and lithography, mainly portraits of friends, relatives, and town notables. Several artists of the time spoke highly of his artistic abilities. However, his father convinced him to abandon work as an artists, arguing that few artists succeed. Pasteur thus became a scientist, but he remained closely connected to the arts for the rest of his life. He maintained warm friendships with a number of eminent artists, he regularly attended art exhibits and visited art museums, advised the French government on the purchase of works of art, and taught at the School of Fine Arts in Paris. Pasteur’s artistic approach – cold, meticulous, and sharp observation, obsession with reality, care in the smallest details, and the extreme precision – also describes the very qualities that are essential for a great scientist. Importantly, art was instrumental in leading him to his first major scientific discovery.

Remember to login to your account in order to benefit from member prices!

We can't wait to see you there!